A quick guide to Progressive Judaism
Progressive Judaism embraces our traditions, and works to make them meaningful parts of contemporary life. Personal responsibility, egalitarianism, community and local tradition are the hallmarks.

Questions and answers on Progressive Judaism

Ten questions and answers about South African Progressive Judaism, as described in the 1980s by the late Rabbi Dr David Sherman of Cape Town. (Note that some of these practices have since changed).

Orthodox Jews in South Africa regard Reform Judaism as ‘not really Jewish’. Here’s why that’s not true.

Eco-kosher: the case for a new kashrut

Is the food the rabbis put their hechsher stamps on to truly kosher? Can a battery chicken fed on hormones be kosher?

Caring for our environment

Israel at 60: The meaning of Yom Ha’atzmaut

Israel’s independence day in May each year, Yom Ha’atzmaut, is regarded as a religious holiday by Reform Jews.

A Pesach recipe for everyone

The seder discussion for a progressive Jewish family should be not only about the ancient journey from slavery to liberation, but also about the personal journey of our own liberation

A compact paragraph embracing our beliefs

Pesach is a time for us to ask where we came from, where we are going, and what our life journey means

Haggadah: As much an archeology as a book

The Pesach haggadah is a multi-layered text, embracing some traditions thousands of years old — and some very recent, writes Rabbi Greg Alexander

Oranges and water cups at Pesach

Two powerful feminist additions to Pesach custom, worth considering for your next seder: Miriam Cups and oranges

Seven weeks of counting the Omer

The eve of the second day of Pesach begins the “Counting of the Omer” which ends on the 50th day with Shavuoth. Rabbi Robert Jacobs explains the reasons

Shavuoth, the Feast of Weeks or Pentecost

The Torah specifies that 50 days after Pesach, each person is to bring an offering to the Temple of the first fruits. Rabbi Robert Jacobs explains Shavuoth

Behind the dressing up and frivolity of Purim lie some serious religious obligations, including concern for the needy.

Rabbi Robert Jacobs talks about Sukkot, when the Ohel Mo’ed, the Tent of Meeting, is dedicated.

Towards a Succot Midrash

As Rabbi Zachary Shapiro ponders a construction problem, he receives some unexpected guests …

Let the lights of Chanukah burn

Once a minor festival, Chanukah has become more prominent in the modern era, when “consumerism” has tended to remake it as a Jewish counterpart to Christmas. 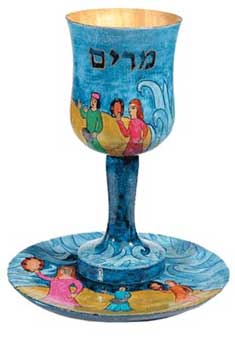 Questions and answers about same-sex marriage

The SAUPJ has made a landmark decision to recognise same-sex marriages. Rabbi Greg Alexander explains the reasoning behind the decision and how this relates to Progressive Jewish principles.

What does the Bible say about homosexuality?

Biblical commentators, Jewish and Christian, hold that the Bible is unambiguously opposed to homosexuality. But Professor Frederick Greenspahn argues that the scriptural references have been misinterpreted. From the CCAR Journal, a US Reform quarterly. (In PDF format: 67kb)

Israel’s independence day in May each year, Yom Ha’atzmaut, is regarded as a religious holiday by Reform Jews